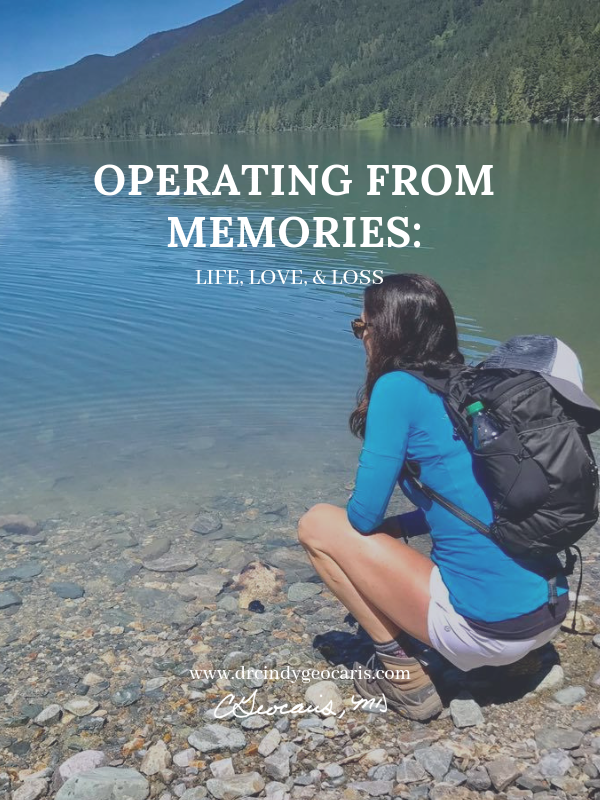 This week I am writing about me and for me.  This blog is written as kind of a catharsis, a release of things I have been holding in and compartmentalizing in my brain.   I had been feeling off for the last week or so.  I was procrastinating, not too organized and just feeling not myself.  I couldn’t put my finger on it.  I turned to my sister and some friends for advice. My sister Kerry told me to pay attention to timing.  She said, “What is happening right now for you?  Remember what your brain does when it is reminded of something painful. Cindy, have you ever really allowed yourself to grieve?”

Well, it is truly amazing what one’s brain does to protect you, even if you are not aware of it.

Here is my story.  It is also many other’s story of love, life, and loss.  My hope is it will allow some of you to grieve, feel pain and then have the ability to move forward.

I am a mother of four children.  There was a time that all four of my kids were swimming for the Green Bay YMCA.  In 2010, my oldest son was 12 and won all of his events at the State meet.  He won Central Zones and was on top of the world.  In 2011, he made his first National Cuts at age 13.  He was again a Champion at the State meets.  In March of 2011, everything changed.  In March of 2011, I told my son that he could not go to Nationals even though he made the cuts.  In March of 2011, just after the State meet, my father was diagnosed with locally advance pancreatic cancer.  Instead of taking my son to Nationals, I was taking my father to doctor’s appointments.  I was crushed, I felt guilty, but I needed to be strong.

We spent the rest of 2011 on eggshells.  However, we enjoyed our family and times together.  I enjoyed my last trip with my father in February of 2012.  We went skiing in Whistler.  He skied the entire mountain despite metastases throughout the liver, low platelets and probably just feeling awful.  My kids call it the “Bompa trip.”  I go back every year.

In March of 2012, I took my son to his first National swim meet.  He was expected to make finals, and his swimming career was at it’s peak.  About two hours after landing in Greensboro, I received a call from home.  My dad had a stroke.  Everything changed again.  I spent most of the meet on the phone wondering if I should fly home.  My son had a tough meet.  I tried to keep it from him, but I was obviously distracted and upset.  I pulled him form the meet on the last day, and we flew home.  He didn’t understand.  My dad seemed fine before we went.  My son didn’t even realize he was dying. We had just gone skiing.

This is the week of the year that everything changed.  Swim meets were no longer fun for me, they were painful.  They were filled with memories, sadness,  and of guilt.

We had YMCA state for my 16 year old last weekend.  I was cranky, short tempered and didn’t want to be there.  I was angry with myself for feeling that way, and really couldn’t put my finger on why.  My son was swimming very well, and I should have been happy and excited.  “Pay attention too timing.  Your brain is trying to protect you.”  On Saturday, I lost a necklace.  It’s a gold necklace with a sailboat charm.  I have worn it for seven years. I bought this necklace for myself and for a special group of nurses.  These nurses volunteered their time to give hospice care to my father at home over his last days.  The necklace was a reminder of my father, our practice together, and of the truly special “work family” that we had.  It had become somewhat of a security item for me.

As many of you can relate, I was in a panic.  I was irrationally upset at myself while trying to focus on my child and his accomplishments.  I retraced my steps, looked everywhere, but it was gone.

I realize now what was happening.  My brain was keeping me from pain.  It was protecting me.  I didn’t put it all together while it was happening.  With my sister Kerry’s help, I’ve worked through it and faced it.  It’s ok to grieve.  It’s ok to be sad.  It’s important to heal and let go.  The necklace was a symbol with a lot of meaning for me.  It will be a shame if it is lost forever.  However, it may be a sign that it is time to move on.  I can now recognize what was making me feel the way I was feeling.  I can allow myself the time to feel and to grieve, and then move forward with all of the wonderful things that life brings. Be mindful of your feelings. When you are feeling off and can’t pinpoint what it is, ask yourself if you are operating from memories. Let the emotions run through and give yourself what you need.

“I can allow myself the time to feel and to grieve, and then move forward with all of the wonderful things that life brings.”

Add a Dose of Kindness in Healthcare

Yoga for the Busy Physician and Mom

Your Doctor DOES Care